The Haiti-New Jersey Chapter of Partners of the Americas is an equal partner in joint projects. 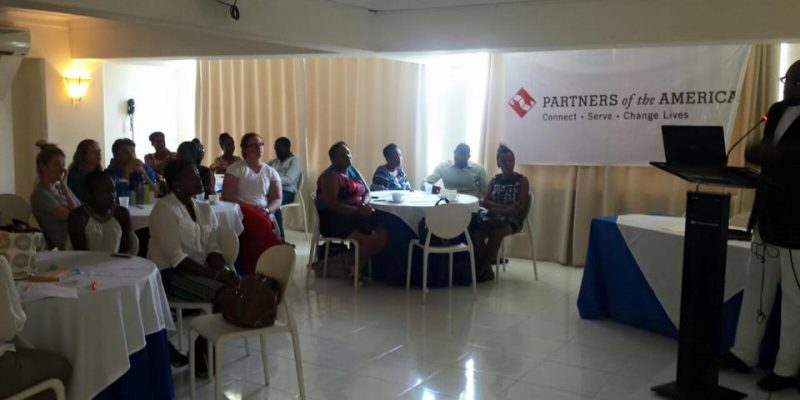 Haiti lies west of the Dominican Republic on the island of Hispaniola, the second largest island in the Caribbean. Nearby islands include Jamaica and Cuba.

Haiti’s population is estimated to be around 8 million people, living in an area about the size of the State of Maryland.

Both French and Creole are official languages, and many also speak English and Spanish. Haiti, which means “land of many mountains.”

Haiti enjoys a tropical climate which attracts as many as 10,000 cruise ship visitors each year.

If you love the arts, you will enjoy the many art galleries that Haiti has to offer.

The country is known for its exquisite handicrafts, vividly colored paintings and the world-famous Rhum Barbancourt.

Haiti possesses some beautiful sandy beaches and diving attractions such as “Bassin Bleu” in the south and “Baie d’Acul” in the north. Rice, coffee, cacao, and sugar cane are important crops.

Haiti boasts many pluses, not the least of which are its warm and friendly people.